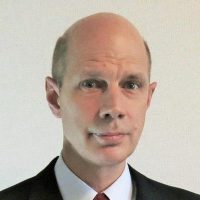 We are happy to invite you to a Zoom seminar “The End of the LDP As We Know It” on 7th October, held by CRS and ICAS (Institute of Contemporary Asian Studies) .

Summary:
A half a year ago, the prospect of an LDP presidential election did not inspire flights of the imagination. After all, what could break the hammerlock the top three party factions – the Hosoda, the Aso and the Nikai – had upon the process of selecting the party leader? Who or what could outmaneuver the wily LDP Secretary-General Nikai Toshihiro, whom two prime ministers in a row found themselves powerless to budge from his post at the apex of the party’s secretariat?
Over the summer of 2021, however, several factors became catalysts for changes in the party’s internal power structures. A presidential campaign like any other had unfolded, with the faction leaders and the party’s senior officials left gasping as erstwhile subordinates have run away with the narrative and the initiative. So many assumptions about how the LDP “works” have been challenged that the unprecedented situation of half of the candidates being women has been largely subsumed.
What will we have learned from this election? Michael Cucek will offer his views, along with suggestions of avenues of future research into the contemporary LDP.

Speaker:
Michael Cucek is Assistant Professor of Asian Studies at Temple University, Japan Campus He is a senior advisor to the consultancy Langley Esquire and an independent political consultant. Prior to and concurrent with his present positions, he has been Adjunct Professor of Political Science at Temple University, Japan Campus Adjunct Professor of the Faculty of Social Sciences at Waseda University, and Adjunct Professor of the Faculty of Liberal Arts at Sophia University. He was Senior Research Analyst at Okamoto Associates, Inc. a strategic and business consulting firm to Japanese multinationals and government affiliated agencies and a Research Associate at the Asahi National Broadcast Company. Professor Cucek’s specializations include Japan’s foreign relations with its East Asian neighbors, the history of East Asia, Japanese politics, U.S. policy in Asia, the history of race and racism and international cooperation, trade and development. A graduate of Stanford University with graduate studies at the University of California, Santa Barbara and Columbia University, he has lived in Tokyo since 1994.

Profile picture has been quoted from https://twitter.com/MichaelTCucek?s=20
Registration:
To register, please RSVP to icas@tuj.temple.edu
Registration not required but helpful for organizers.
Join for free with the following link:
https://temple.zoom.us/j/93737767002
﻿Meeting ID: 937 3776 7002