Center for Rule-making Strategies(CRS) together with Toyota Motor Corporation (Toyota), Honda Motor Co., Ltd. (Honda), EY Japan , Choshu Industry Co., Ltd. and Unified Service Co., Ltd. supplied electricity derived from renewable energy at the concert by world-famous Irish rock group U2 held on 4 and 5 December in Japan as part of “The Joshua Tree Tour 2019.” This electricity was used for the band’s
performances.

The hydrogen produced by a hydrogen station (SHiPS developed by Choshu Industry) operated by Nagano Prefecture, and generated from renewable sources by “Fukushima Hydro Supply,” one of the restoration measures initiated in earthquake-affected Fukushima Prefecture, was transferred to fuel cell electric vehicles (FCEVs). At the concert venue, the CO2-free high-quality electricity from the fuel cell vehicles using an external power output device was transmitted to the musical instruments and other equipment, such as amplifiers, of the band members thus contributing to the creation of better sound.

SUGIZO, a visiting researcher from CRS and guitarist for famous Japanese bands LUNA SEA and X-JAPAN, said prior to the concert, “U2, with its global influence, will perform a hydrogen-powered concert and communicate a message to the world. I expect this will help drive the move to adopt hydrogen technologies at music concerts around the globe. Also, I hope this inspiring project will demonstrate to the world the use of hydrogen tech in more diverse and innovative ways, and accelerate the emergence of a low-carbon society worldwide.” He offered his own Toyota’s Mirai, FCEV, and Honda’s Power Exporter 9000, a portable external power output device, to help provide power for the concert.

This idea of supplying the concert with power generated by hydrogen produced from renewable energy, fuel cell electric vehicles as well as an external power output device was developed by CRS and EY Japan, based on previous accomplishments in Japan. They proposed the idea to U2 and Live Nation Global Touring, who were immediately excited by the concept and willingly agreed to cooperate. Toyota, Honda, Choshu Industry, and Unified Service contributed to the concert performance by providing hydrogen produced by renewable energy (generated by Choshu Industry’s SHiPS and Fukushima Hydro Supply), FCEVs (Toyota’s Mirai), and portable external power output device (Honda Power Exporter 9000). 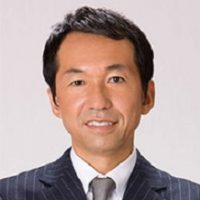 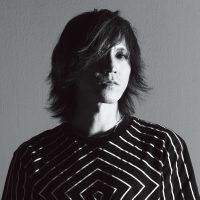 More from this AUTHOR