June 15: Japan in the Age of Sino-American Confrontation 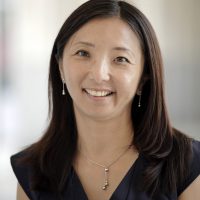 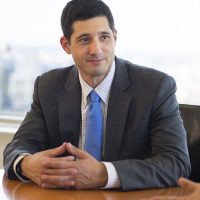 Senior Fellow at the Center for American Progress

【Overview】
For many years Tokyo has urged Washington to take a more critical look at China, fearing that the United States was sufficiently proactive in protecting its allies and partners in Asia against Chinese inroads. Now that the US is more combative towards China, Japan faces the risk that its deep economic ties with the PRC might become less and less compatible with the American alliance.
To discuss these issues we will host a discussion with Shihoko Goto of the Wilson Center (see her recent Japanese PM Suga’s Visit Repositions U.S. Asia Strategy ）and Tobias Harris of the Center for American Progres, (see Foreign Affairs, The Surprising Strength of Chinese-Japanese Ties）followed by a Q&A session.

【Speakers】
Shihoko Goto is the Deputy Director for Geoeonomics and Senior Northeast Asia Associate at the Woodrow Wilson Center’s Asia Program. She specializes in trade relations and economic issues across Asia, and is also focused on developments in Japan, South Korea, and Taiwan. She is also a contributing editor to The Globalist, and a fellow of the Mansfield Foundation/Japan Foundation U.S.-Japan Network for the Future for 2014 to 2016. Prior to joining the Wilson Center, she spent over ten years as a journalist writing about the international political economy with an emphasis on Asian markets. As a correspondent for Dow Jones News Service and United Press International based in Tokyo and Washington, she has reported extensively on policies impacting the global financial system as well as international trade. She currently provides analysis for a number of media organizations. She was also formerly a donor country relations officer at the World Bank. She received the Freeman Foundation’s Jefferson journalism fellowship at the East-West Center and the John S. and James L. Knight Foundation’s journalism fellowship for the Salzburg Global Seminar. She is fluent in Japanese and French. She received an M.A. in international political theory from the Graduate School of Political Science, Waseda University, Japan, and a B.A. in Modern History, from Trinity College, University of Oxford, UK.
https://www.wilsoncenter.org/person/shihoko-goto

Tobias Harris is Senior Fellow at the Center for American Progress, where he oversees the National Security and International Policy team’s work on Asia. From 2013 to 2021, he was a political risk analyst covering Japan and the Korean Peninsula at Teneo Intelligence, as well as a research fellow for economy, trade, and business at the Sasakawa Peace Foundation USA from 2014 to 2020. He is also the author of The Iconoclast: Shinzo Abe and the New Japan, the first English-language biography of Japan’s longest-serving prime minister. Prior to joining Teneo Intelligence, Harris worked for a Japanese legislator, authored the blog Observing Japan, and conducted graduate research at the Massachusetts Institute of Technology and the University of Tokyo. He holds an master’s degree in international relations from the University of Cambridge and a bachelor’s degree in politics and history from Brandeis University.
http://www.observingjapan.com

【Moderator】
Robert Dujarric is Co-Director of Temple University Japan’s Institute of Contemporary Asian Studies in Tokyo. After working in finance in New York, Tokyo and London and in a think tank in Washington, he moved to Tokyo in 2004 as a Council on Foreign Relations (Hitachi) International Affairs Fellow. During his fellowship, he was stationed at the Research Institute of Economy Trade and Industry (RIETI) of the Ministry of Economy Trade and Industry (METI) prior to joining the Japan Institute of International Affairs in Tokyo (2005-7) as a visiting research fellow. He took his current position at TUJ in 2007. He is a graduate of Harvard College and holds an MBA from Yale University.
https://www.tuj.ac.jp/icas/the-institute/staff/dujarric/

【Register】
To register, please RSVP by email icas@tuj.temple.edu
Registration not required but helpful for organizers.

This event is co-hosted by ICAS and CRS.