September 23: Book talk by Tobias Harris, author of The Iconoclast: Shinzo Abe and the New Japan 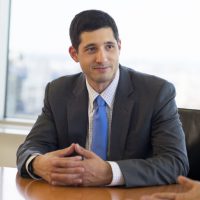 23 September 2020   11:00-12:30
Book Talk: Tobias Harris: The Iconoclast. Shinzo Abe and the New Japan
*This seminar will be on-the-record. The video will be recorded and published on-line at a later date.

Please join us for a book talk by Tobias Harris, author of The Iconoclast: Shinzo Abe and the New Japan. https://www.hurstpublishers.com/book/the-iconoclast/

Shinzō Abe entered politics burdened by high expectations: that he would change Japan. In 2007, seemingly overwhelmed, he resigned after only a year as prime minister. Yet,  he masterfully regained the premiership in 2012, and now dominates Japanese democracy.

Abe has inspired fierce loyalty among his followers, sidelining political rivals with his ambitious economic programme and support for the armed forces. He has staked a leadership role for Japan in the region while carefully preserving an ironclad relationship with Trump’s America.

The Iconoclast tells the story of Abe’s rise and fall, his remarkable comeback, and his unlikely emergence as a global statesman laying the groundwork for Japan’s survival in a turbulent century.

Tobias S. Harris is a Senior Vice President of the advisory firm Teneo, covering Japan and East Asia. Since working for a Japanese legislator in 2006-2007, he has run the blog Observing Japan, commented on Japanese politics for major publications and on television and radio programmes; and conducted graduate research at MIT and the University of Tokyo. From 2014-2020, he was a research fellow at the Sasakawa Peace Foundation USA, where he studied Japan’s political economy and analysed public opinion polls. His website is http://www.observingjapan.com.

Tobias will be speaking in his private capacity, not on behalf of any organization with which he is affiliated.